The Team at the Olympic Park

It was a day that will live long in the memory of those who were there – the evening may be more of a blur – as the Old Cranleighan HC beat Norwich City 4-0 to lift the EHA Over 40s Shield final at Olympic Park. Two goals each for Jon Hauck and David Knapp sealed a convincing win which was celebrated long and hard by the enthusiastic supporters who maintained a high level of noise throughout. The win also capped a remarkable season for the OCHC which saw three teams win titles and two more possibly gaining promotion – we wait to see – as well as retaining the Surrey Cup.

It was almost exactly a year ago that the OCRFC enjoyed an emphatic memorable victory in a national competition at the headquarters of their sport. In the interim, the OC cricketers reached the final – for the fourth time in a decade – of the prestigious Cricketer Cup, and so it was fitting that it was the turn of the hockey players to take centre stage. Here is the report from the OCHC site:

It was a day that will live long in the memory of those who were there – the evening may be more of a blur – as we beat Norwich City 4-0 to lift the EHA Over 40s Shield final at Olympic Park. Two goals each for Jon Hauck and David Knapp sealed a convincing win which was celebrated long and hard by the enthusiastic supporters who maintained a high level of noise throughout.

The build-up survived a small hiccup when the coach was delayed by almost an hour on the A3 but that allowed the players to focus and the supporters to take on board much-needed liquid.

We knew little about Norwich other than that they were runners-up last year, but they started confidently, troubling us with a few aerials flung high from the back. Once we got the measure of those and our defence settled, we had few troubles.

We took the lead in the fourth minute when Hauck fired home from eight yards out after Norwich had twice only half cleared, and we had several opportunities to double our advantage, the best when a diving Knapp deflected a shot inches wide. Chris Wiseman did get the ball in the goal only for it to be disallowed for an earlier infringement.

Norwich ended the half strongly and would have equalised from a Haren Patel drag-flick but for a stunning head-high goal-line clearance from Matt Close. As it was, we went into the break with the crucial goal lead.

Norwich, who struggled to make inroads into our 23, resumed with their best spell of the game but we increasingly began to look dangerous on the break. The hammer blow came in the 52nd minute when Man of the Match Darren McKay jinked along the dead ball line only to be wiped out next to the goal. Knapp slotted home the resulting flick – he has missed only seven in more than 40 years – and to add salt to the wound the Norwich defender received a ten-minute yellow.

With the crowd ever more vocal, our attacks started punching holes in a tiring defence and chances came thick and fast. At the other end, Nigel Hawes, who had actually gone to training for a month in preparation, was reduced to the role of spectator.

Any hopes of a Norwich comeback were ended by Knapp on the hour as he cut down the dead-ball line and slipped the ball home from a tight angle. Cue more celebrations and loud calls for Andy Eve to be unleashed from the bench, which he duly was for well-deserved cameo.

Norwich, to their credit, continued to press for a consolation but with three minutes left we broke quickly and an Hauck unmarked had the time and composure to slip the ball under the keeper for the fourth.

“It feels great,” Hauck told the EHA reporter afterwards. “It was a really, really good game. Everyone played well, although I thought the last goal was obviously the best. We had fantastic support as well, lots and lots of people came down from the club and were just great.”

Chris Brewer, the captain, dedicated the success to Christian Davies – the team wore black armbands in his memory. “We did it for him, that was for Christian”.

The victory was celebrated long and hard by players and supporters alike and a lively coach journey home was followed by an even livelier evening at The Greyhound on Weston Green.

Behind the scenes people put in huge amounts of work. Nigel Hawes very generously sponsored almost everything that moved, while Helen worked wonders with the kit and associated supporter apparel. The final word to CB. “A massive thanks to Cato. It was his idea to give this a go last summer and he did all the leg work to get it set up, get people interested and ultimately get us to the finals. The amount of behind the scenes stuff he does is mind boggling. And then he plays quite well on the pitch too.” 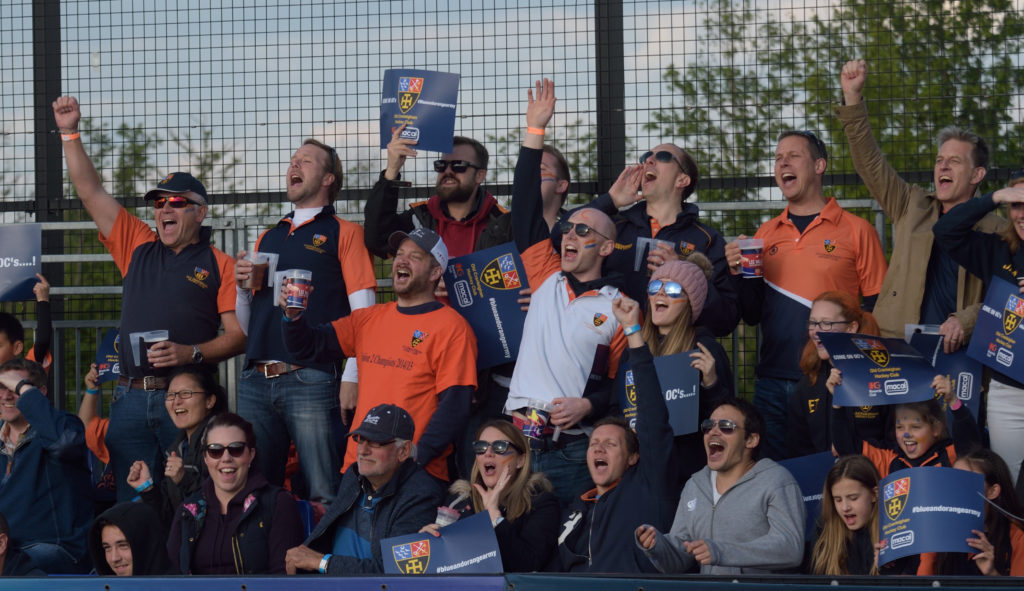 Bryan Hurl, who died on November 3 aged 77, arrived at Cranleigh in 1965 as part of David Emms’ move to introduce youn… More...