News > Features > THE BOY FROM THE WILD The Boy From the Wild  by Peter Meyer (2 North 2000) has just been released to glowing reviews.  It tells the inspirational true story of growing up ‘wild’ in wildest South Africa, and how our childhoods can and do shape our adult lives.

Peter was born in Durban and grew up  with his younger brother, Jamie, on the Karkloof Valley Nature Reserve reserve in South Africa which had been created by his British-born father, James. By the age of eight, he had survived two rhino attacks and been bitten twice by snakes.

“I didn’t realise how incredible my life was then because it was all I knew,” he said. “It was only when I saw how other ­children lived that I realised how lucky and privileged I’d been. Adventure was in my blood from as early as I can remember.”

At ten, Peter was sent to school in England, where he saw just how different his life had been.  He spent three years at Cranleigh before moving to Millfield for the VIth form.  He went on to study hotel management in Switzerland and within a few years he was one of the Hilton Group’s youngest directors.

In 2014 his father, who had sold the reserve and moved to the USA, was diagnosed with cancer.  “I dropped everything to be with him,” said Peter. “We were told he might have six months but we only had six weeks. I held him in my arms as he died. I’d lost my hero, my best friend, my inspiration.”

His father’s death prompted a change of direction. “I was earning very good money, but dad’s death spurred me to follow my dreams. A friend suggested modelling and ­acting. I put my details online and within days got a call for a Ford commercial.”

Over the next two years Peter was in 14 films – as an extra beside stars including Brad Pitt but also with lead and ­supporting roles in smaller films. He starred in 30 commercials and travelled the globe modelling for brands such as Hugo Boss.

In early 2016 he returned to South Africa to make a ­promotional video for the new owners of the reserve. “I thought what an ­incredible story there was to tell,” he said. “About the ­reserve, but most importantly about my dad. I mentioned the idea to Liam Neeson when I was on one film. He told me I had to do it, life’s too short.”

Peter teamed up with a writer, Graham Spence, but wishes his father was still around to tell the story himself. “Losing dad gave me real ­perspective,” he said. “I ­understood then what an ­incredible childhood I’d had. Going back allowed me to ­connect with the land again and inspired me to want to tell others about this place, its history, its ­incredible wildlife and people.”

You can buy The Boy From the Wild  and find out  more information about Peter on his website http://petermeyer.com/the-boy-from-the-wild/. 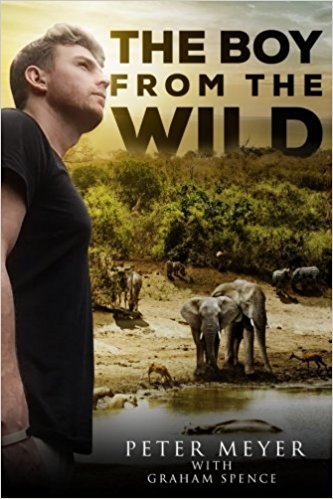 Green Opera is an up-and-coming company who produce all their projects sustainably and are working to promote a responsible approach in the industry m… More...