This year’s London Marathon field included, as usual, a number of Old Cranleighans of all ages. 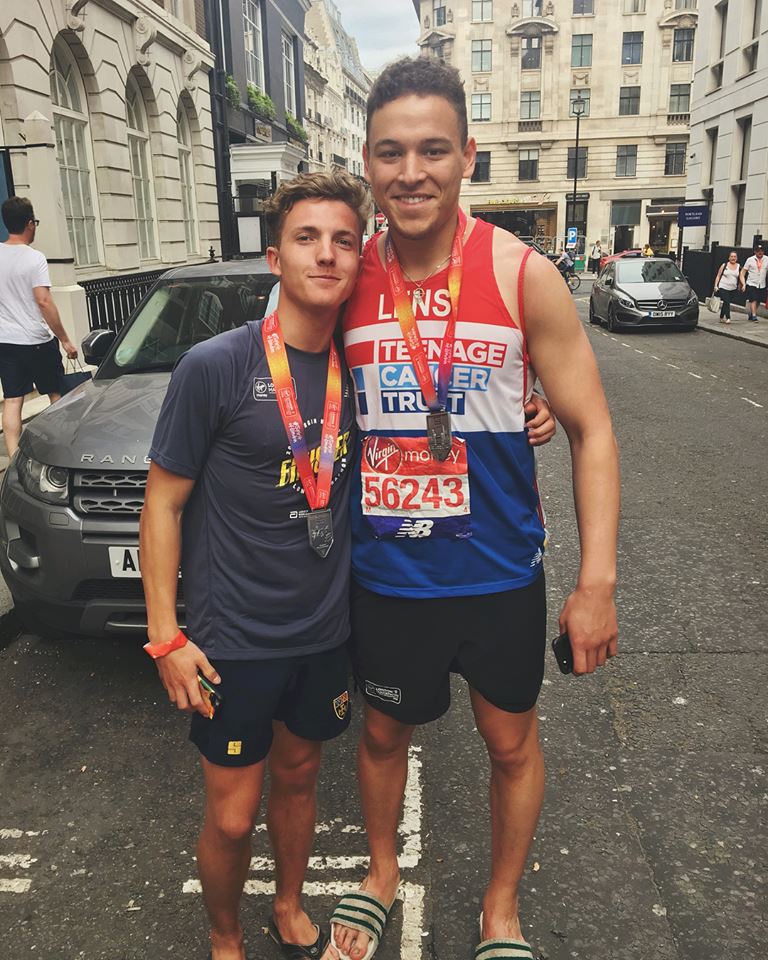 Sam Lenselink (North, 2011-2016) and Sacha Brown (North, 2012-2016) ran to raise money for the Teenage Cancer Trust. They wanted to show their appreciation and support for the organisation that provided invaluable care for their friend and fellow OC, Jake Andrews, who passed away on 25 February 2017 aged 18.  Sacha completed the course in an impressive three hours 33 minutes while Sam ran it in four hours 45 minutes  Any donations, or help with fundraising would be gratefully appreciated. Click here to donate

Having never run a marathon before, Andy Fuller-Lewis (2&3 South, 1985-1990)  managed an excellent four hours 56 minutes. He was raising money for Parkinson’s UK. Andy’s father and uncle have both suffered with Parkinson’s for many years now and he very much wanted to support the charity in the search for a cure for this cruel disease.  Andy also write a blog about his preparation for the run and the day itself. Click here to donate

A contemporary of Andy’s, James Roles (1&4 South 1985-1990), ran in aid of The Phyllis Tuckwell Hospice in Farnham, finishing in five hours and three minutes. Click here to donate