Hugh Tizard scores the opening try against Marlborough
The highlights of the season were the 29-17 win at Brighton (one of only two sides to have beaten us last season) and the 42-12 victory over Whitgift in one of the best games of schoolboy rugby you could hope to see (by both sides despite the scoreline).  The 1st XV have now only lost six matches out of 46 in the past three seasons, as well as winning and retaining the Rosslyn Park Sevens title.

Given the increasingly tendency of some schools to “buy in” talent at VIth form level, it is worth noting that 15 of the 18-man squad who played against Marlborough started in the U14s.

The first Cranleigh XV to finish with a 100% record was in 1955 (the same season as reaching the final of the Rosslyn Park Sevens) and that was repeated by the 1993 and 2005 sides. 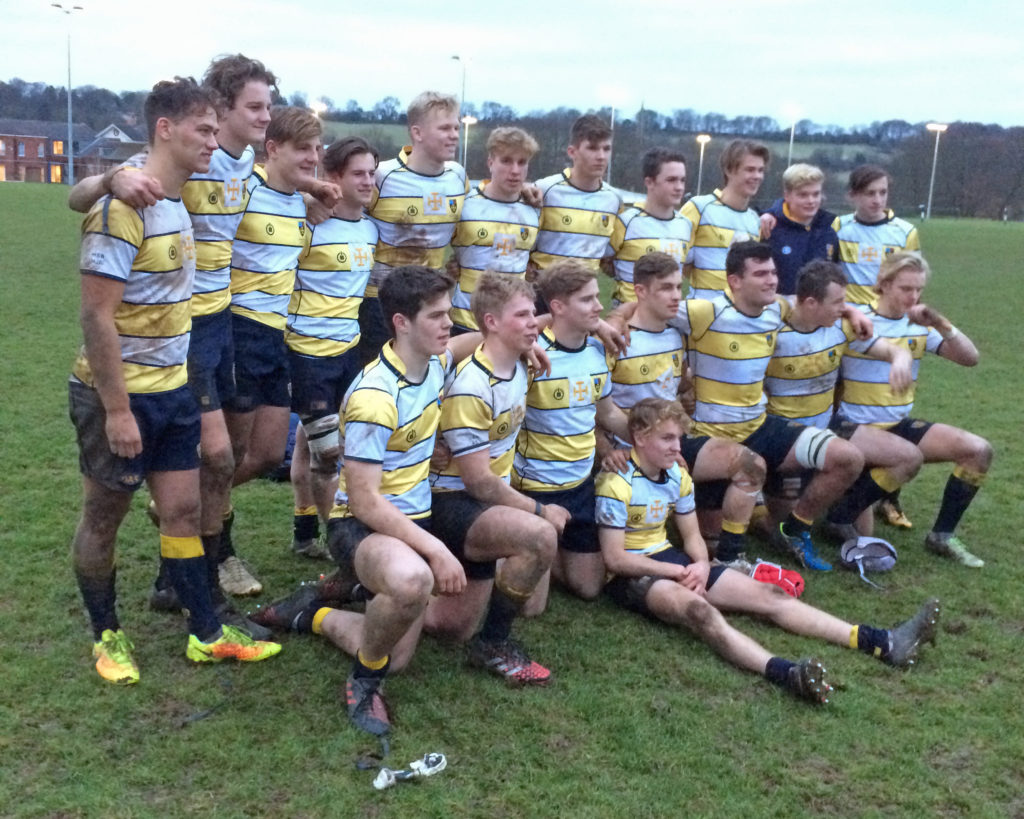